The late Peter Drucker is still the 500-pound gorilla of management gurus. This Austrian born, no-nonsense academic has written two dozen books–and his 50-year-old “The Effective Executive” is still the best business book ever written. I’ll conclude this article with my personal story about getting scolded by Drucker, but first something practical that I learned from this great teacher.

Four questions from Ducker that have shaped my management approach. Apply these four powerful questions from this legendary strategist to re-orient, re-invent, and re-empower your quest for peak performance. They are potent elixirs for building effective working relations with colleagues up, down, and across the chain. Use them formally in conjunction with quarterly appraisals, or informally over a cup of coffee.

Last week I asked Melissa, my office manager, these questions:

1. What do I do that helps you get your job done?

Her long pause made me a bit nervous, but her answer pleased me. “You give me the big picture of upcoming projects so that I can organize my work and be ready for the crunch periods.” This question gives you an insight into the ways you best add value to others. Be open to learning from unexpected responses.

Melissa chuckled and replied, “Where do I start?” before her answers tumbled out. “First, you leave piles of paper all over and create too much clutter. Second, when you assign a project, you sometimes over-explain how to do it. Hey, I have a brain too. Let me figure it out; and if I can’t, I will come back and ask!” (She carried on and on with a long list of other items, but you get the idea).

When using this question, don’t argue, defend, or explain. Don’t react at all, just listen and nod appreciatively. Thank them for having the courage to share. This doesn’t mean you agree with their comments but that you appreciate their courage willingness to offer criticism.

3. What should I stop doing or do less often?

“Stop leaving piles of working papers everywhere, and put things away after you use them.”

I realized how overcoming this bad habit of mine would help us both save time. So, I worked until midnight transforming my office into a clutter free zone!

4. What should I start doing or do more often?

Another great question that illuminates big and small improvement possibilities. Melissa suggested having more update meetings, and purging my A to Z files quarterly.

Try these questions. If you are willing to listen without defending, the information you’ll get back is priceless. Ask them at home, too.

How to Succeed Despite Annoying a Legend

My personal experience with Peter Drucker proved that he was not only brilliant and helpful, but crotchety as well. As a first year student at the Harvard Business School, I become a reporter for the school newspaper,The HarBus News. Because the best reporter has a shot at becoming editor the next year, I decided to interview Peter Drucker!

After tracking down his address, I sent a long list of interview questions and requested a telephone interview. No reply. But three weeks later, Drucker sent a 17-page single-spaced response to my questions badly typed on an old typewriter in desperate need of new ribbon.

Wow – I didn’t expect that. But when I submitted the article to the editor, he wouldn’t print it. After a month passed, an angry Drucker called me and barked, “What’s wrong with you guys? I spent hours and many hours answering your questions and even typed it myself. Why doesn’t the Harvard newspaper print it?” Patience, Peter, please.

The following month, I landed the editor job. My very first issue featured my interview under the banner headline “Drucker Not Impressed by Harvard MBA’s,” thus deflating the egos of the 1500 Harvard Business School MBA students on campus who thought we were pretty hot stuff.

Contact Terry or call 206.433.0700 today for a confidential discussion of your issues and objectives. 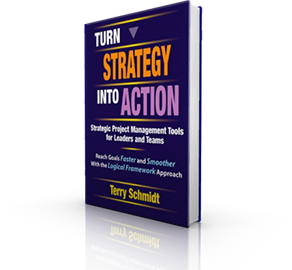 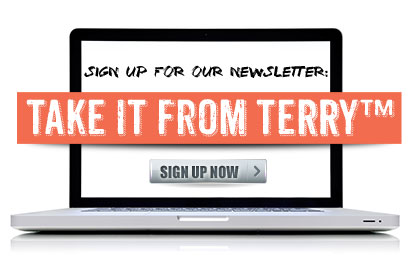